Get fresh music recommendations delivered to your inbox every Friday.
We've updated our Terms of Use. You can review the changes here.

from I Gotta Pay by Late TV 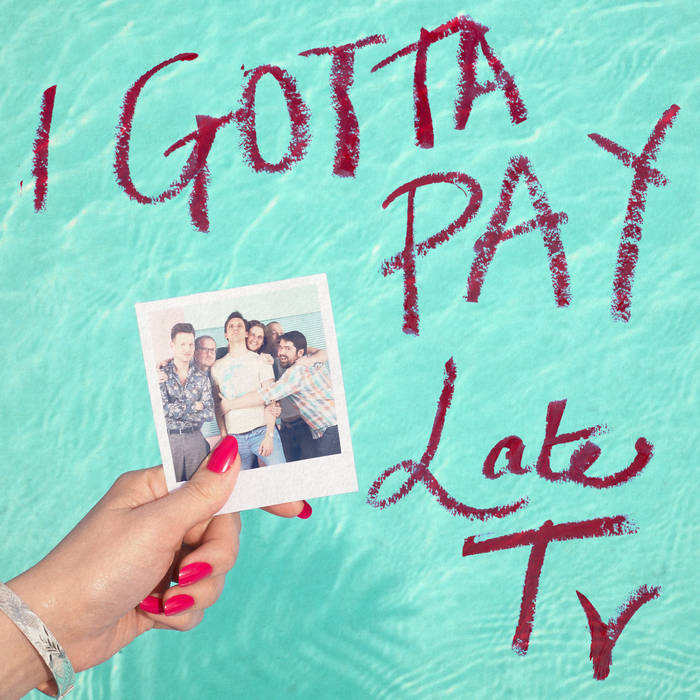 About ‘I Gotta Pay’

There’s a humbling eclecticism in Late TV’s sound when comparing ‘I Gotta Pay’ with previous singles like ‘Citizen’ and ‘Great Gulfs’. Just when you think you can pin them down, they throw a swerve ball from somewhere left-of-field. That their music still (lucidly) gets to the core of who they are with every release is a testament to their versatility as songwriters, their voraciousness as listeners, and their clarity of vision as a group. Their latest release is a poised and effortless foray through the familiar avenues of jazz and funk, with Defunkt-style motifs of punk and new wave, (frontman Luke Novak name-checks the seminal ‘Make Them Dance’ as an influence), weaved in alongside the afrobeat-tinged rock of The Budos Band. Lyrically Novak has modern culture in his sights as he threads together a series of financial frustrations and western cultural ironies with rhyming couplets to make a dour and absurdist collage. Like all the music of Late TV, it’s a mutant assemblage of ideas that succeeds through the canniness of its juxtapositions, never setting out an ideal, but through the subtlety and force of their craft and energy alone, leaving us in no doubt as to what’s being communicated.

I've gotta pay for mistakes I've made,
I'll get a round in if you feel the same.

I've gotta pay to for my education,
Until my great great grandchild's graduation.

Well she's gotta pay to see Karl Marx's grave,
and she had to pay triple on Seatwave.

And he's gotta pay for his operation,
to liberate life from death's limitations.

I've gotta pay to piss in the station,
for a the socially awkward situation.
This does does not include the administration,
the booking-fee or the seat allocation.

But we just want to live in a montage of highlights,
you and and me running through all the red lights.
But we've gotta pay for a virtual stage
to prove we're alive in the digital age.

Late TV are the moonlighting house band for a surreal all-night dream club where the intangible dance floor shifts and folds to become the set piece of a talk show beamed onto the farthest reaches of your channel selector.